The Mysteries of Hangings and Tattoos Were Known in Bucharest
On the theme of important figures of the Romanian people, at the anniversary of 100 years since the birth of Nicolae Minovici, we discover the radiography of a family that played a significant role in the history of Bucharest. Romanian science from the beginning of the 20th century has been illustrated, among other scholars, by the Minovici brothers: Dr Mina Minovici - creator of Romanian forensic medicine, chemist Ștefan Minovici - founder of the Faculty of Pharmacy in Bucharest and their younger brother, Nicolae Minovici – a complex personality of scientist and social activist.
Autor Flaviu Predescu
27 noi 2019, 10:04 | 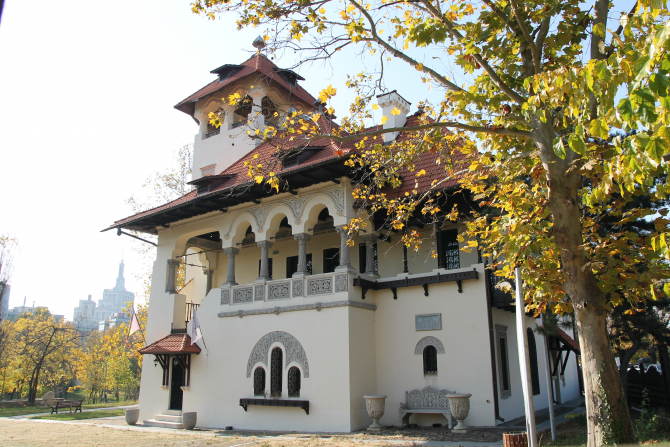 The "Bad Kid" Turned into a Genius

Nicolae Minovici was born on October 23, 1868, in Ramnicu Sărat, being the seventh surviving child of spouses Stefan and Sofia Minovici. In the valuable documentary source “The Minovici Brothers” by N. Ioanid and B. Angelescu we discover a lot of interesting information about Nicolae - "A stubborn, bold, but voluntary character, young Nicolae was a lot of work for his parents. No one could have suspected at that time that he would become the kind, obliging man, ready to help everyone, always concerned about the pains and needs of the people, the man who was radiating kindness and captured sympathies, the scientist and the perfect organizer he later became ( ...). In 1891, after passing his baccalaureate, Nicolae Minovici enrolled at the School of Fine Arts. This was not to the liking of his older brother, Mina, who managed to persuade him to give up his chosen career. So, after one year, Nicolae Minovici enrolled in the Faculty of Medicine. 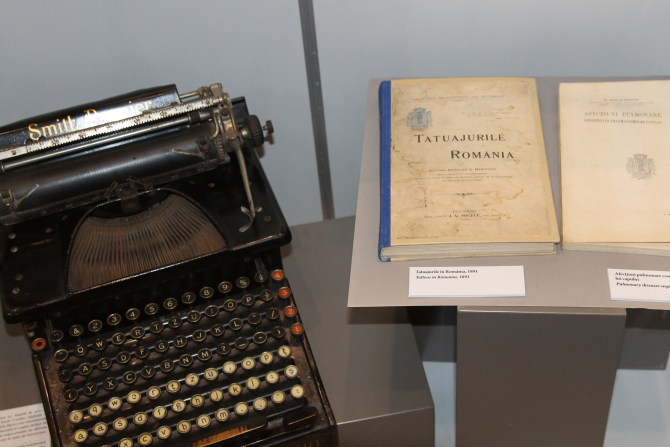 “Tattoos in Romania”, the doctoral work of Nicolae Minovici Photo: Crișan Andreescu, with the kind permission of the Minovici Museum

(…) Thus, in 1898, after thorough medical studies for which he had acquired a passion, Nicolae Minovici obtained the title of doctor of medicine with the thesis "Tattoos in Romania", a volume of 145 pages, with 57 sheets, the result of research carried out on 15000 people. The work is of great utility in many cases related to forensic medicine.”

Hanging and Its Statistics in Bucharest

In the distinctive work "Study on Hanging", published by Nicolae Minovici (1904), there is a reference to Tradieu’s definition of hanging as "an act of violence in which the body caught by the neck in a chain tied to a fixed point and left to its own weight exerts a strong enough traction on the suspensory chain to cause sudden loss of consciousness, the stopping of respiratory functions and death.” It is to this definition that Professor Minovici brings improvements. 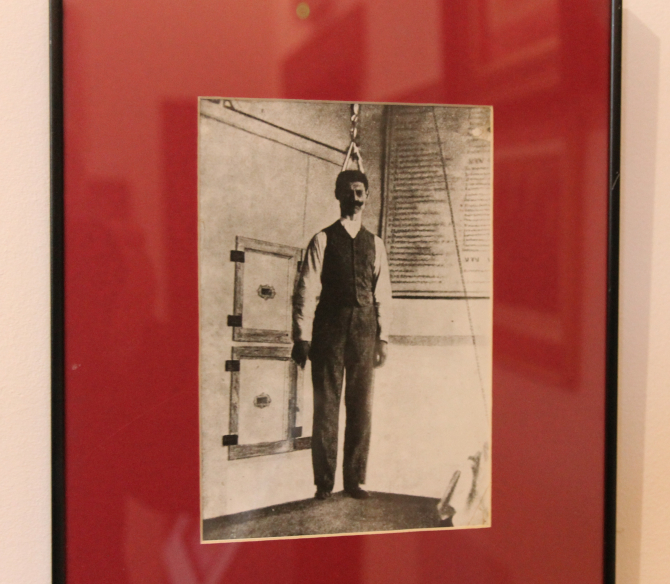 From the history of the punishment by hanging we know that until the 17th century the punishment for hanging was only applied to thieves, robbers or those who had committed mischievous deeds. We learn that the habit of hanging at the Head of the Bridge (Capul Podului) (that is, in Obor), was "from ancient times". Popular poets knew about it:

May God give what I dreamt

To see his beech fall

And to see Milu hanged

In two forks and a top

For the evening wind to blow him

And for many countrymen to see him.

In a comparison made with a study on the "Diagram of Suicides and Attempts" (over the period of 1884-1894) by Dr. P. Nedelcu and his own research, Nicolae Minovici assesses his own performances to be better due to a better organized statistical service. We find that from the civil status perspective, regarding the suicide by hanging, the results from Professor N. Minovici’s statistics are: Married: Men (35) Women (7); Unmarried: Men (60) Women (20); Widows: Men (10) Women (4); and in terms of seasons we have: autumn (38), spring (36), summer (32), winter (30). The statistics on professions is also interesting: Without profession (23); Servants (19); Housewife (11); Shoemakers (10); Workers (9); Officials (7) Carriages (1); People transporting drinking water to sell it (sacagiu) (1); People making and selling boza  (1); Singers (2); Beggars (2); Bakers (4); Carpenters (7); Hatters (1); Lamplighters (1) etc. At the 1899 census, the population of Bucharest counted 282,071 inhabitants. The number of those who hanged themselves is considered very small. Nicolae Minovici informs us through his work that the choice of the means of suicide is usually based on the certainty of the action (first) and then on the minimum pain it causes. 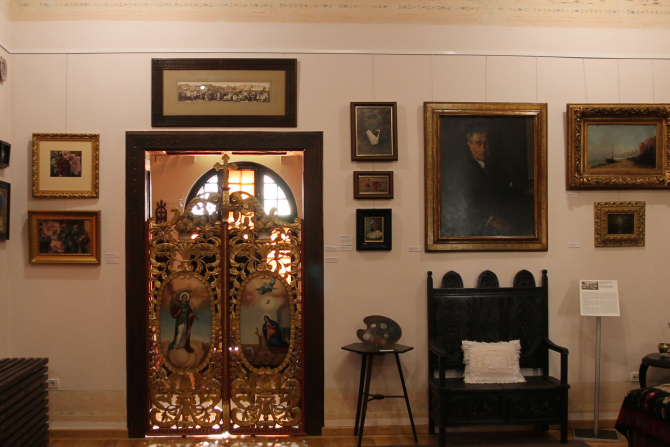 “In our table on professions, we noticed that the highest number of hanged people is represented by individuals in the lower class, the poor population and especially those without education. (…) The causes of hanging, the study shows, sometimes come from a mental imbalance, the origin of which can be found in the study of the social classes, in the multiplication of desires and diminishing of the duties to be fulfilled, upset, imitation and especially alcoholism; it is clear that social therapy is required.”

Another interesting statistic refers to the causes of hanging, in the order of their frequency:

Here are the places in Bucharest where the hangings were carried out in Minovici's study:

Referring to the physical proximity of the places where the suicides occurred in Bucharest, for example: Băneasa Forest - Kisseleff Road - Herăstrău Garden or Câmpineanu Garden - Știrbei Vodă - Berzei, Grivița - Plevnei, Professor Nicolae Minovici draws the following conclusions: “hangings, like suicides in general, have erupted in an epidemic form. There is no doubt about the role that imitation, contagion and suggestion have on hanging, as well as on suicide, in general. It happens such that an idea that manifests itself in a given environment has a direct effect on individuals. Ideas pass from one person to another without undergoing any change, and without the person adopting them being able to weigh them properly. This is especially true of simple people, for whom imitation and contagion play an important role.”

The Suicides’ Letters - a factor of study for N. Minovici

Nicolae Minovici writes that “a few years ago, on New Year's Eve, three individuals were found on the Dâmbovița river dock, towards Cotroceni, each hanged by a tree.” Then, he gives the example from ancient times of the girls of Miletus who stopped committing suicide only after they were threatened that they would be exposed bare skin, for public viewing. Moreover, the professor notices that "for some time now, in Bucharest, it can very often be seen with people who commit suicide that they have the habit of leaving a letter asking the first prosecutor, the family or acquaintances to insist for them not to be taken to the Morgue or to have an autopsy done." 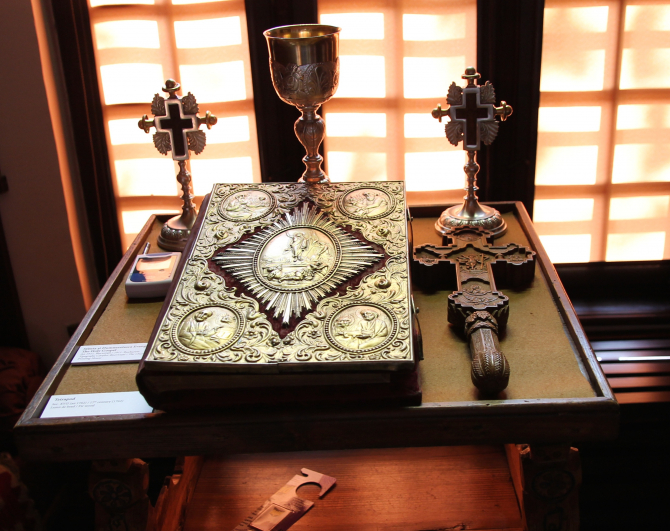 N. Minovici is rhetorically wondering if a public release saying to those who have suicidal intentions that they would be taken to the morgue and performed an autopsy, would not result in many to give up on their thoughts to take their lives. The teacher is firmly convinced that it would and gives the example of letters that illustrate the fear before the suicide:

My name is V.B. and I am the son of Mrs M.B. from Izvor Street. I am committing suicide because I’ve been suffering with neurasthenia for three years and I cannot have any rest time, I feel that I am going crazy and this is why I prefer death. Please, renounce the autopsy.

My dears, (the letter was addressed to relatives)

I am capable of the highest cowardice possible for my suicide attempt. In my book of life, it is seen that it was written with letters of fire that day 14 would be fatal. Remember, the power of the Great dictated, as one can see.

I am asking to have no pompous funeral. I refuse to receive flowers or wreaths. I do not accept, under any pretext, to ever have a stone or grind placed on my grave. Do not wear the traditional black for me. In case the Prosecutor's Office does not take into account my wish, expressed in the letter addressed to the Prosecutor, which states to not send me to the Morgue, I ask to be buried by the community, without demanding any payment.

Another interesting letter is the one addressed, with a certain dose of humour, directly to the Minovici brothers by a suicide who knew that they, as forensic doctors, were the ones who were studying the corpses in Bucharest:

Finally, thanks to the villain and pervert false buddy, the hereby bankrupt X ... (the name is not made public), needs to express his gratitude for being forced to come here, to you, at the Morgue.

I'm asking you dearly, Doctor Mina, to forgive me for such talk, but I once heard Mr Dr. Nicu, your brother, saying that he was very interested to have the suicides’ letters. So, on one hand, I wanted to do something to please him, and on the other hand, to beg him not to torment me anymore when dead, as I was sufficiently persecuted by people while being alive. This is where the people who are honourable until their death arrive…and I don’t want to see this infamous world anymore.” 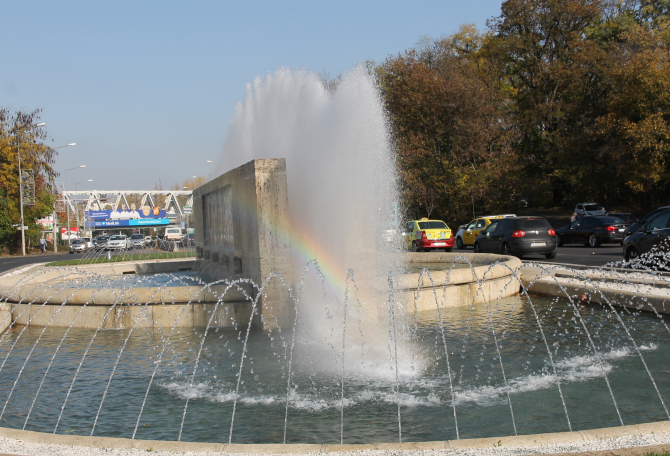 The Nicolae Minovici Museum and Villa inspires those who cross its threshold to seek for interesting information from the research of the founding professor. Surrounded by a generous garden, and located in the vicinity of Miorița Fountain, the villa is the place where the one who visits Bucharest by foot has the opportunity to reflect and think about what he or she could do to change the lives of those around.