EXCLUSIV Chefs who made history on Calea Victoriei
About Calea Victoriei (the Victory's Road) - the old Bridge of Mogosoaia - that crosses the Romanian capital, uniting the most important cultural and gastronomic points of the past and present, it can be said that it has a "gourmet" heart: Casa Capșa (Capșa House).
Autor Anca Mihailov
27 sep 2019, 17:27 | 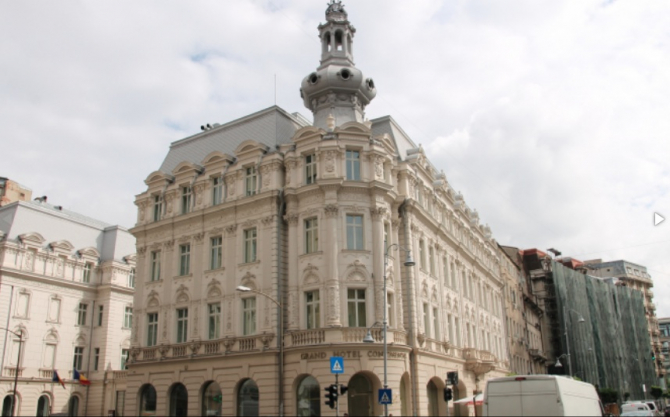 Famous for its hotel, restaurant and confectionery, Casa Capșa (Capșa House) watches over the cross formed by Calea Victoriei (the Victory's Road), with Edgar Quinet Street. The reception of the hotel, which shines for over a century on the old Mogosoaia Bridge, offers a strange feeling of combining the old with the new, in a Bucharest landscape that sends the traveler back, in time, in the times that here it has been written history the capital of Romania.

It also makes us feel the sweet perfume of visitors from the interwar period, diplomats or members of royal families, from the beginning of the last century. Likewise, it is still felt in the air also the cheap tobacco smoke of the students who lived here during the period when Casa Capșa was transformed into a students house, as a punishment of the communist regime. The decor reproduces the consecrated style of the place, with gold leaf on the ceiling and on the railings, with marble stairs and leather covered armchairs. Capșa House is reflecting itself in its large mirrors, preserved since the time of Grigore Capșa.

Specialties for celebrities and national monopoly

The representatives of the imperial families of Germany, Austria and Russia - Wilhelm I and Wilhelm II, Franz Josef I, Tsar Alexander II, Grand Duke Nicholas and Tsar Boris – have visited Capșa House. But also King Carol I and Queen Elizabeth of Romania, King Ferdinand I and Queen Mary of Romania, King Carol II and Queen Elena, King Michael I and Ana De Bourbon Parma. The royal family of Greece, King George and Queen Elizabeth were also hosted at Capsa. Decades ago, representatives of the royal family of Serbia, Prince Milan IV Obrenovici, Princess Natalia, King Alexandru and Queen Marioara arrived here. And also the royal family of Bulgaria - King Ferdinand and King Boris. And this would have been impossible, if there had not been, besides the luxury of the hotel, a cuisine that would meet their demands. 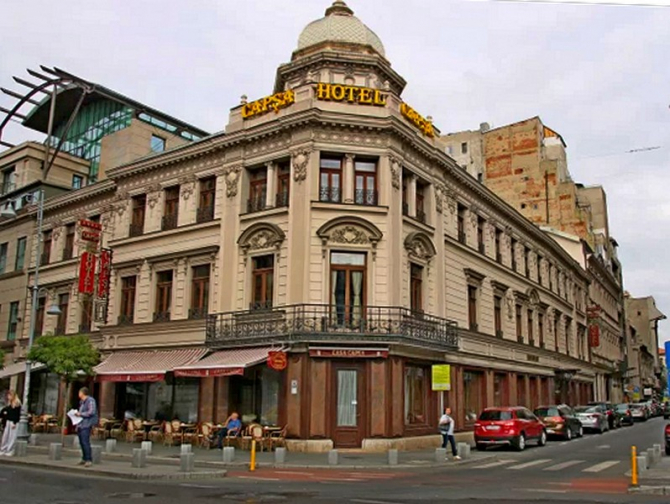 The place was predestined for the celebrity also in the cuisine. At the end of the seventeenth century, on these places were the houses and the courtyard of the boyar Radu Slătineanu, bought in 1830 by the Italian Eronimo Momolo, former cook of Mr. Grigorie IV Ghica. He was the first famous chef to open a saloon here in the lower hall of the main building. He prepared Italian-Oriental dishes, and in 1836, above the barrel, he also opened a ballroom - the famous "Momolo" or "Slătineanu", where the most beautiful dances of the Capital were organized.

The building was bought by the brothers Constantin and Grigore Capşa in 1868 - famous chefs and confectioners, who carried Capșa's fame internationally. They first opened the Confectionery "At two brothers, Constantin and Grigore Capşa", but, after 1876, only Grigore Capşa has remained owner of the place, after the retirement of his brother. Next to the confectionery, he also built the hotel, in 1886, then the Capsa Cafe, in 1891. The Capșa House had long held the monopoly of official banquets, balls and receptions in Bucharest and even in Romania, especially because the dishes were appreciated, with their master chefs, who used the most modern methods of preparation of the food in that period.

The followers of Grigore Capşa's cuisine went to Paris, where they went regularly, to bring home samples of the newest confectionery products, and then managed to reconstruct the most sophisticated Parisian recipes. That is why, some of the confectioners and chefs from Capșa House were brought from Paris - Joseffe Cambasse, Manchosse (chef-chef), Georges Leroy (chef-confectionery chef), the one who first prepared the cakes named "truffles” in Bucharest, but also many others. 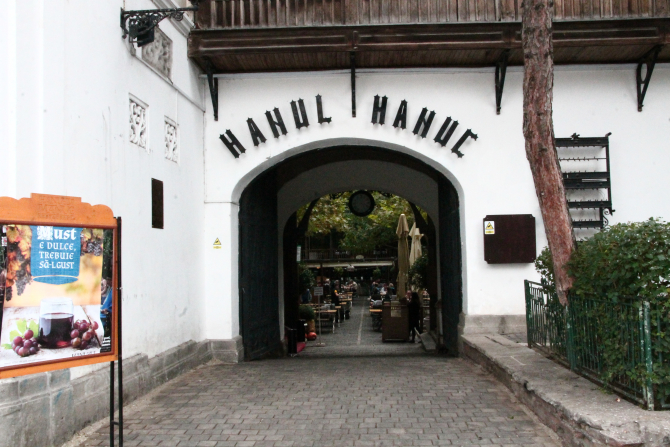 Manuc's Inn, another landmark of the gastronomy of the Capital  Archive DC News

Here, on Calea Victoriei (the Victory's Road), interesting stories have been written, with personalities of other times: Raymond Poincar, Joseph Pilsudski, Louis Barthou, Camille Flammarion, Maurice Gamelin or Joseph Joffre. The last one left us, through the ingenuity of Grigore Capșa, an excellent cake that bears his name. Politicians, generals, great artists, such as Henri M. Bertelot, Nicolae Titulescu, Averell Harriman, George Enescu, Pietro Mascagni, Enrico Caruso, Sarah Bernardt and many others appreciated this place situated in the heart of Bucharest, both for the its characteristic luxury and for Capşa brothers' cuisine.

The Joffre cake was conceived by Grigore Capșa, and the recipe is still a registered trademark, as it is also Casa Capșa. For more than a century, this name has passed across the seas and countries, bringing to Paris the fame of confectioners and chefs on Calea Victoriei, from the "Little Paris" - as Bucharest was called at that time. Chocolate candies from Capșa were unique in Europe and arrived in Paris, Berlin or Vienna, packed in wooden boxes. So did the other famous delicacies. Capşa has maintained its reputation: the hotel, the confectionery, the cafe and the restaurant at the intersection of Calea Victoriei and Edgar Quinet Street have overcome their time and await their visitors today, just as they welcomed them in the past.

The place destined for the tourist stop

But Calea Victoriei also means other famous stopping places for over a century, from Athenee Palace - Hilton or the old restaurant "Cina", to the famous "Caru 'cu Bere", to Hanu' lui Manuc. Today's tourists are still impressed by the cuisine of these places with a history in gastronomy, especially when they find out that under the present city lies, for centuries, buried into the ground, the ruins of other old inns that also attracted travelers here, especially in the area where extends the present road artery Calea Victoriei, towards the historical center of Bucharest. Traces of these vestiges can be seen today in the area of the Museum of History, and each inn was built above other hundreds of years old inns. 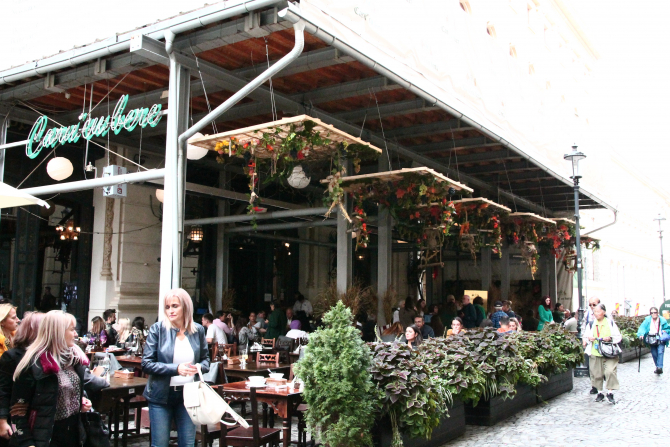 Today, Calea Victoriei remains the main place where the best restaurants, confectioneries and cafes in Bucharest are concentrated, as it was over a century ago. To the already famous ones have been added others, especially the restaurants of the luxury hotels in this area, which keep up with all the news in the gastronomic field. Novotel or Radisson Blu (formerly Bucharest Hotel) are also looking for their chefs today. But even smaller restaurants, such as Bistro Ateneu or La Mama, are already beginning to write the contemporary history of Romanian and international cuisine in the area drawn on the culinary map of Calea Victoriei.